A political campaign is a lot like a dinner party.

And a dinner party, as we know it, is a simple and enduring combination of many things —good foods and drinks, plates and silverware, great conversations and friends, etc.

If a party misses out on one or more of these key things, it’s likely to turn out a failure and be remembered more for what it didn’t have than for what it did. The same is true for political campaign fundraising.

You can put forth your strongest and most charismatic candidates.

But without a significant fundraising operation, your campaign will be shit.

Elections in the US have become an expensive proposition over the years.

And at $14.4 billion, the 2020 election was the most expensive one yet —more than double the total election spending in 2016. 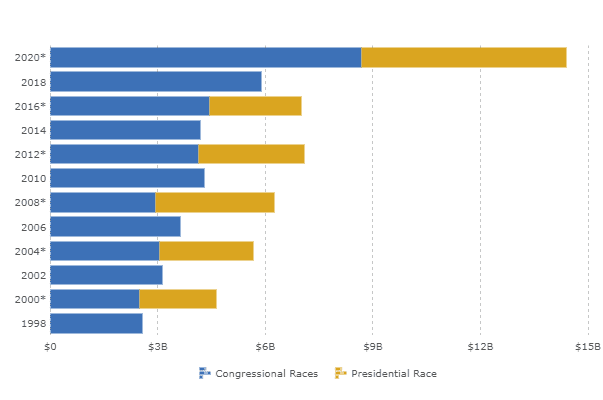 Dems vs GOP: Overview of the Most Expensive Campaign Ever

It was a windfall of fundraising for both major parties in the buildup to the 2020 elections. Fundraising records were being shattered left and right, so much that a new political lexicon, ‘fundraging,’ was coined at some point during the third quarter of 2020.

Here are the key takeaways from the Democrats vs Republicans’ 2020 campaign fundraising bonanza;

Sen Lindsey Graham raised $28 million in the 2020 third quarter —the most for any sitting senator in history. But this was still much less than his Dem challenger, Harrison Jaime, who brought in a $57-million haul in the same period.

This advantage doubled in the top 14 most competitive Senate races across the country, with the largest disparity happening in Maine, —where Dem challenger, Sara Gideon outraised Sen Susan Collins by $31 million. The smallest margin was in Michigan where Dem Senator Gary Peters raised $14.7 million compared to Republican challenger, John James’s $14.4 million.

By August 2020, then-Dem nominee, Joe Biden outraised Trump 3 to 1, pulling in $210 million to not just catch up but also get an edge over then President Trump’s allegedly ‘insurmountable’ mountain of campaign cash.

In September, the Trump/Republican National Committee managed to bring in $247.8 million, according to US News & World Report. This was much less than Biden/Democratic National Committee’s $383-million windfall. As of that time, the Trump Campaign had $251 million at hand, compared to Biden’s $432 million. 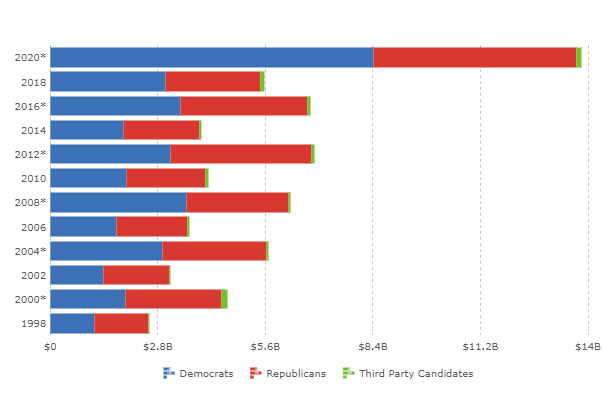 You probably have an idea of where major parties get their funds from.

There is this New York Times article that documented President Joe Biden’s journey from being a political pauper during the primaries to his emergence as a powerhouse against then-President Trump.

That article by Shane Goldmacher identified four inflection points during this journey but credits this overall success to Biden’s incredible success with online fundraising fueled largely by small donors. 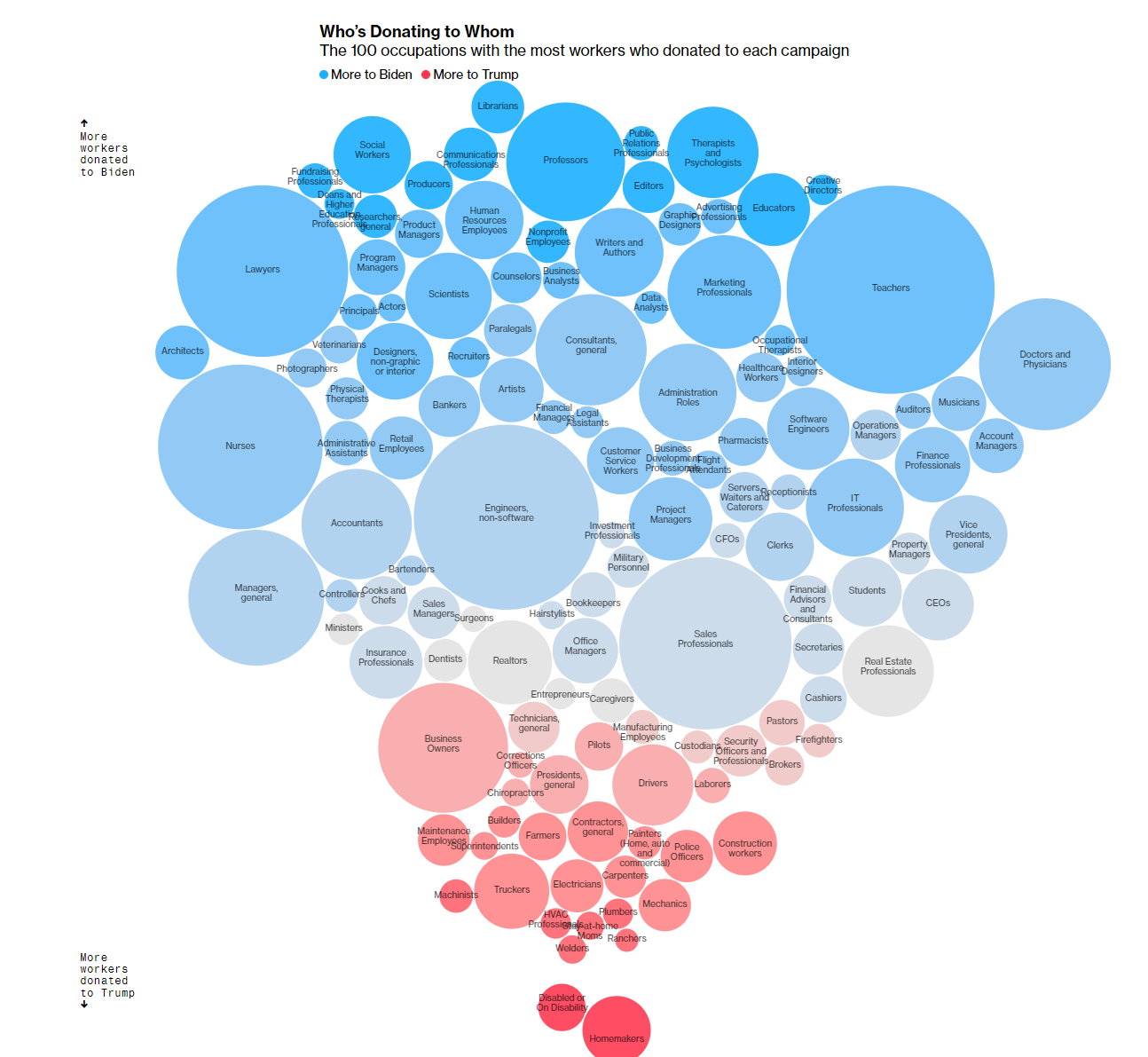 100 Occupations with the most workers who donated to both Biden and Trump campaigns.

Democrats’ success in the Presidential elections boils down to the ferocity of their opposition to then-President Trump who was also responsible for some of his falls to a certain extent.

Here are the major inflection points during the campaign;

The revelation of the Ukraine call, for instance, marked the beginning of a turnaround for a Biden campaign that was already spending more money than it managed to raise.  Biden Campaign’s deputy manager, Kate Bedingfield had this to say about that moment;

“(Trump) made it clear to the whole world which candidate he feared facing most.” “And we capitalized on that in a way that produced real results,”

Clinching a decisive win in South Carolina during the primaries, on the back of Black voters gave Biden his biggest leap up until that moment. The campaign raised $25 million online in seven days, more than he raised in the previous four months, averaging over $1million for a significant number of days.

3. The aftermath of George Floyd’s death

The massive outpouring of support and donations in the aftermath of George Floyd’s death gave Dems a financial boost. Biden raised $1.3 million on May 27 and averaged over $1 million over the next two weeks.

He raised $3.2 million on June 2 -the day he delivered a speech from his home, just a day after the Trump administration cleared out peaceful protesters outside the People’s House for a photo op.

This turned out to be a popular decision as the campaign raked in over $48 million in the first 48 hours following the announcement, 80% of which came from online fundraising.

The remaining 14 days of the month of August were the biggest for the Biden camp’s fundraising throughout the campaign. Michael Whitney, former digital fundraising strategist to Bernie Sanders credits this success to a great “investment in staff and digital infrastructure that did very well to reach the very maximum.” 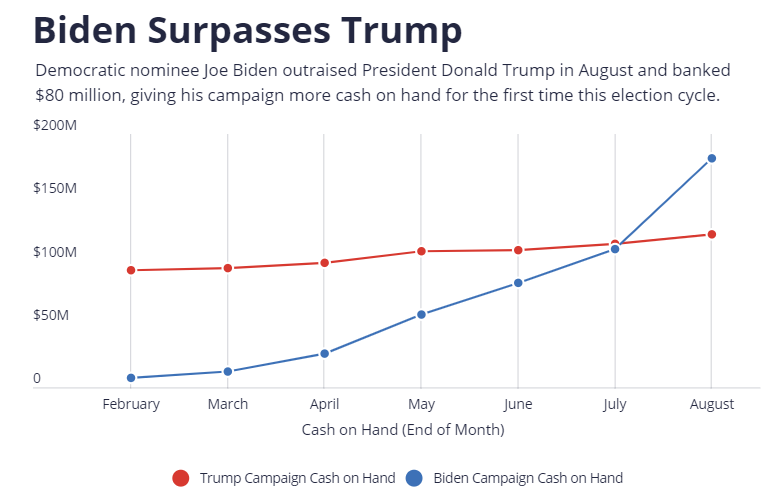 On why she formed the group, Laura, in a Financial Times publication had said;

“We were not the big donors who got invited to the big dinners . . . we were sort of an unrecognized segment of the population who wanted to do something. But no one was asking us for money.”

Laura’s Force Multiplier group raised $5.3m over the course of the 2020 election cycle.

None of that money was spent in their dem-dominated Massachusetts state elections but rather in other house and senate battleground races in faraway states.

ActBlue, the main fundraising platform for Democrats’ causes and candidates got donations from 13.6 million Americans in the 2020 election cycle, according to Financial Times.

This was triple the amount it raised in 2018, and six times more than what it got during the 2016 election cycle. While Silicon Valley, Wall Street, and the rest of the corporate mega-donors remain a cog in the wheel of both political parties, online donations from less wealthy donors are critical to campaigns and causes hoping to build a financial advantage in politics or elsewhere.

Is There a Correlation Between Money & Political Success?

When Cyndi Lauper recorded the hit song “Money Changes Everything” in the early 80s, she was talking about a woman leaving her husband for someone with more money.

But it seems that this complicated relationship with money transcends relationships and can even impact local and federal elections, to an extent.

While more money may not automatically buy you an election, there’s enough data that points to the fact that the candidates who spend the most money usually comes on top.

Sheila Krumholz, executive director of the Center for Responsive Politics, on how money affects elections, revealed that; 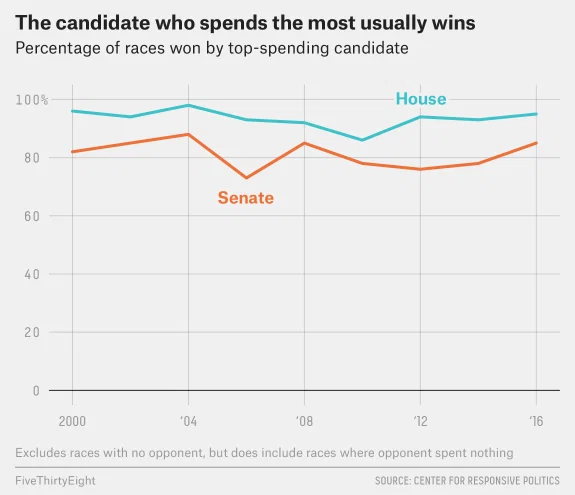 The only difference throughout these election cycles was in 2010 when only 86% of top spenders for House seats won.

More money matters a great deal in elections and we can all agree that this is strongly associated with political campaign success.

But it would be unwise to conclude that more money automatically means winning.

All of these goes to show that there’s just so much more to winning a campaign than just raising more money -and I’ll go deeper into that in one of my future posts.

That said, every serious political campaign should not joke with its online fundraising and digital advertising efforts and should approach these with the same fervor they would for TV and print ads. The Biden campaign played this game all too perfectly.

From leveraging online donor prospecting to carving its messaging and stories in the right way, the Biden campaign and lots of Democratic candidates across the country pulled off what was initially thought of as almost ‘insurmountable.’

But everything does not start and end with money and advertising.

Like Rob Flaherty, Biden campaign’s digital director said; ‘in digital, our job is to make windmills, the candidate still needs to make the wind.” These candidates, their stories, messaging, charisma, appeal, advertising, and everything in-between —must be just right. 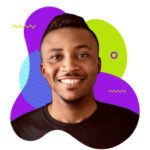 SparkNerds is a proud BIPOC owned and managed organization located in Austin, Texas. A full-service creative web design and digital marketing agency. We pride ourselves in our unique ability to help non-profits, political campaigns, international advocacy groups, local businesses and startups, as well as brands and leaders —stand out from the noise to reach their target audience.

SparkNerds leverages the expertise and resourcefulness of our star-studded team of ‘Nerds’ to help clients craft beautiful and effective websites as well as execute highly-customized campaigns to achieve their most important goals and targets. We’re a team of web developers, designers, and digital marketers that are committed to producing high-quality, culturally relevant work on time and on budget.